In this page you can find the most popular tourist places to visit in Riga. Riga is the largest city in Baltic states with more than 600 000 population.
More than 1 million tourists visit Riga each year. Riga is an industrial, cultural, educational and commercial centre of Latvia.

The best time to visit Riga is June to August and December.

You can flight to Riga (Riga Airport RIX), go by train from Saint-Peterburg, Moscow go by car.

House of the Black Heads

This is one of the Riga’s most recognizable places. It was used as a celebration and a meeting place for traders.
The building was constructed in 1334 and expanded many times. During the Second World War it was destroyed and rebuilt in 1996.
In front of the town hall is a statue of Roland, which has traditionally been formed – in his right hand he holds a sword raised, his left hand resting on a shield with the arms of Riga. 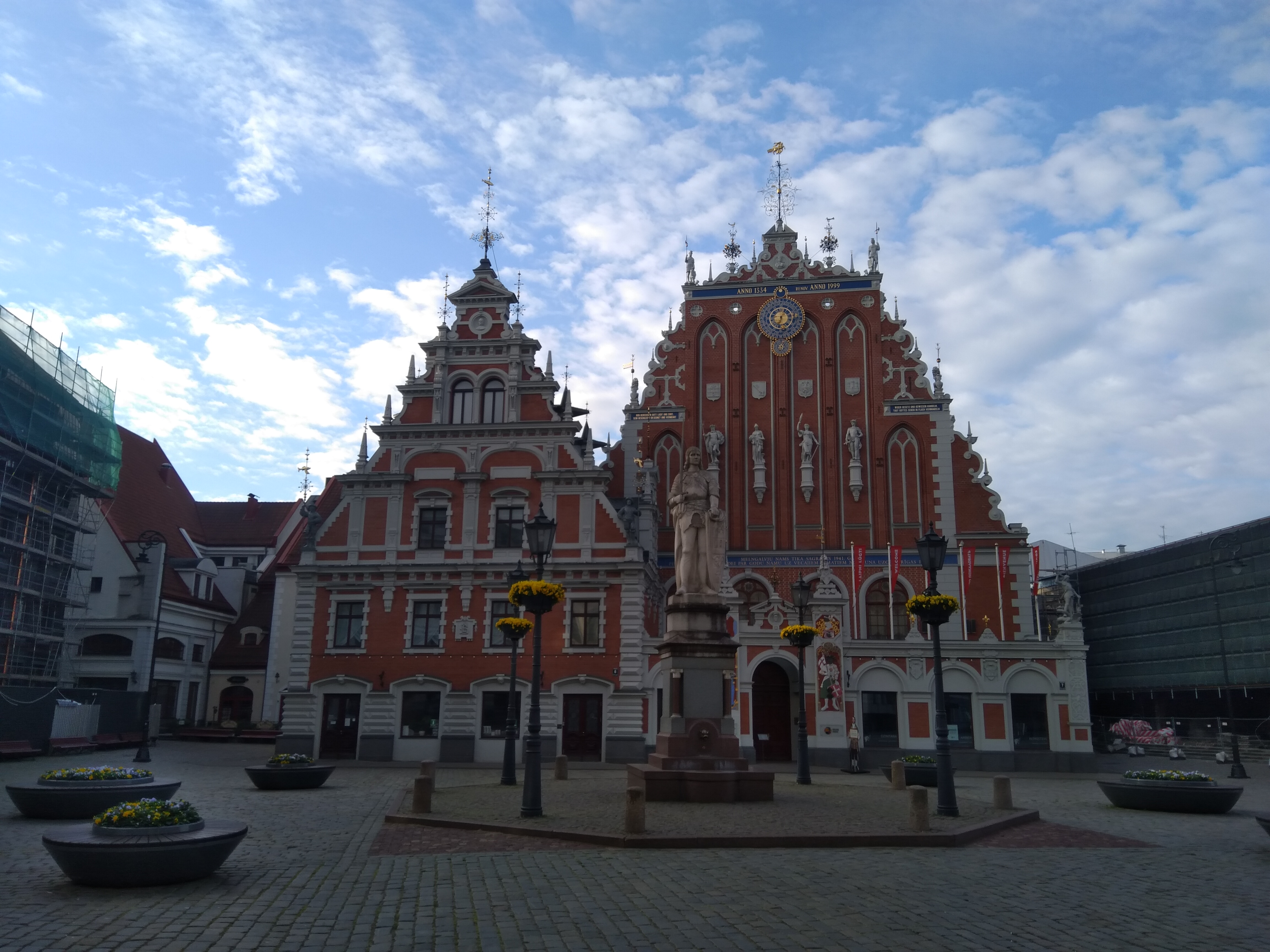 Riga Castle was built in 1330. Riga Castle has been destroyed and restored countless times.
After the dissolution of the Order of Livonia in 1562, the palace gradually lost the importance of a separate fortified place and was incorporated into the city's defense system. At the beginning of the 18 th century, a moat of fortifications was sealed, but at the end of the century the Castle Square was established.
Major rebuilding took place in the 18 th and 19 th centuries. In 1785-1787, when the new housing was built - a 3-story building for the gubernatorial authorities. In 1818, Vidzeme General's representation rooms, including the White Hall, were constructed in the forecastle.
Built in the early thirties of the 20 th century by Trident Star torn. The interior of the castle was adapted to the viewing needs of the President and built the Red Hall.
Today, part of the castle is a museum as well as a presidential residence. 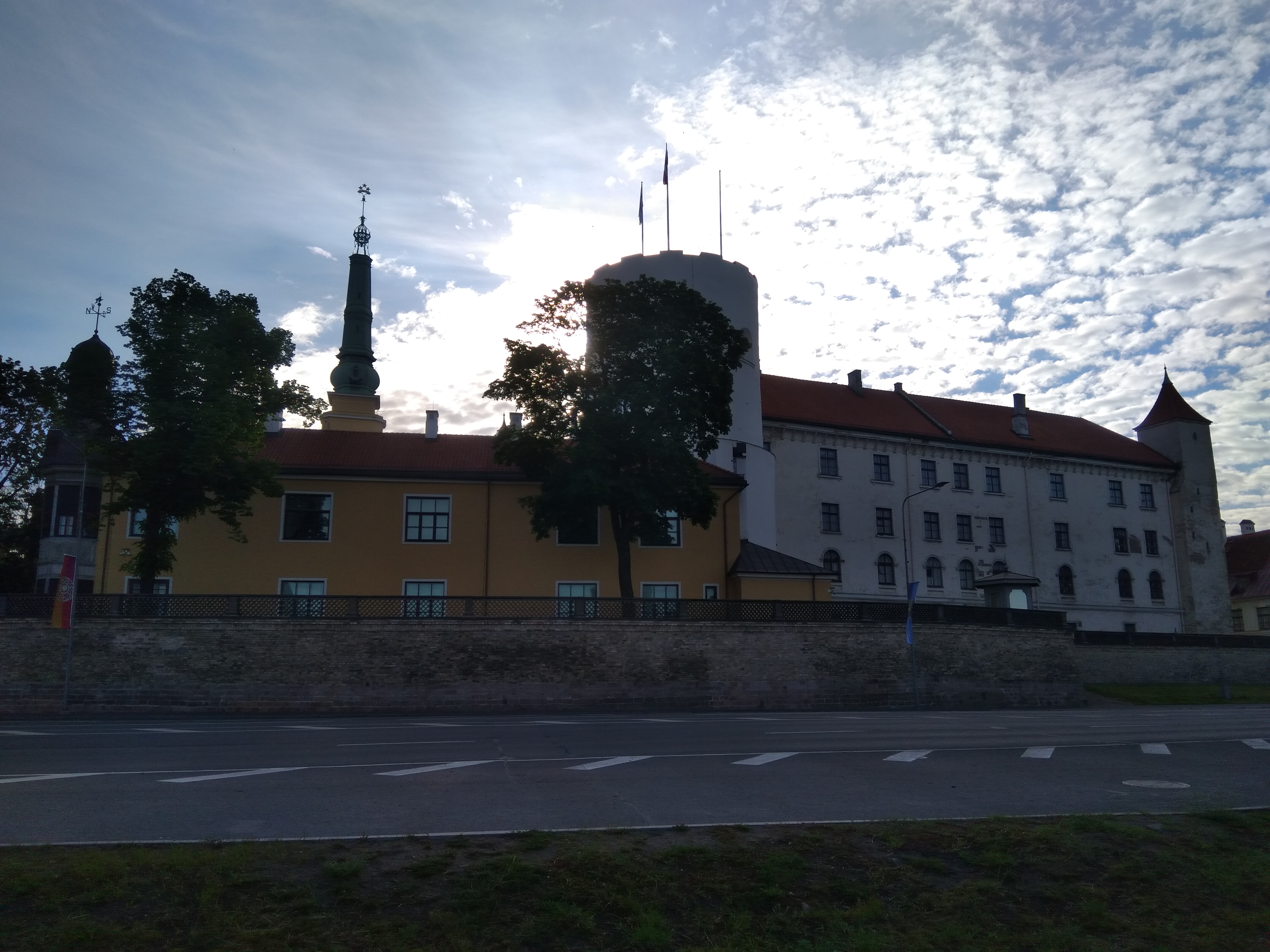 In the beginning of the 20th century, Riga started to expand rapidly. In this time, more than 600 Art nouveau style building were constructed. Characteristic features of the Art Nouveau are twinkling lines, geometrical ornaments, light-toned gamma, plant and animal themes, image of a womans. The architects were racing each other to build even bigger and more beautiful houses. One of the most spectacular place is Alberta street. Construction started in 1211. You can find many construction styles in Riga Dome like Romanesque, Baroque, early Gothic and Art Nouveau.
At the top of the cathedral is a Riga golden rooster which is showing the find direction is is pointed in it.
The cathedral tops are one of the Riga symbols. It is one of the targets for Old Riga visitors.
There are frequent concerts in the cathedral including concerts on organs. 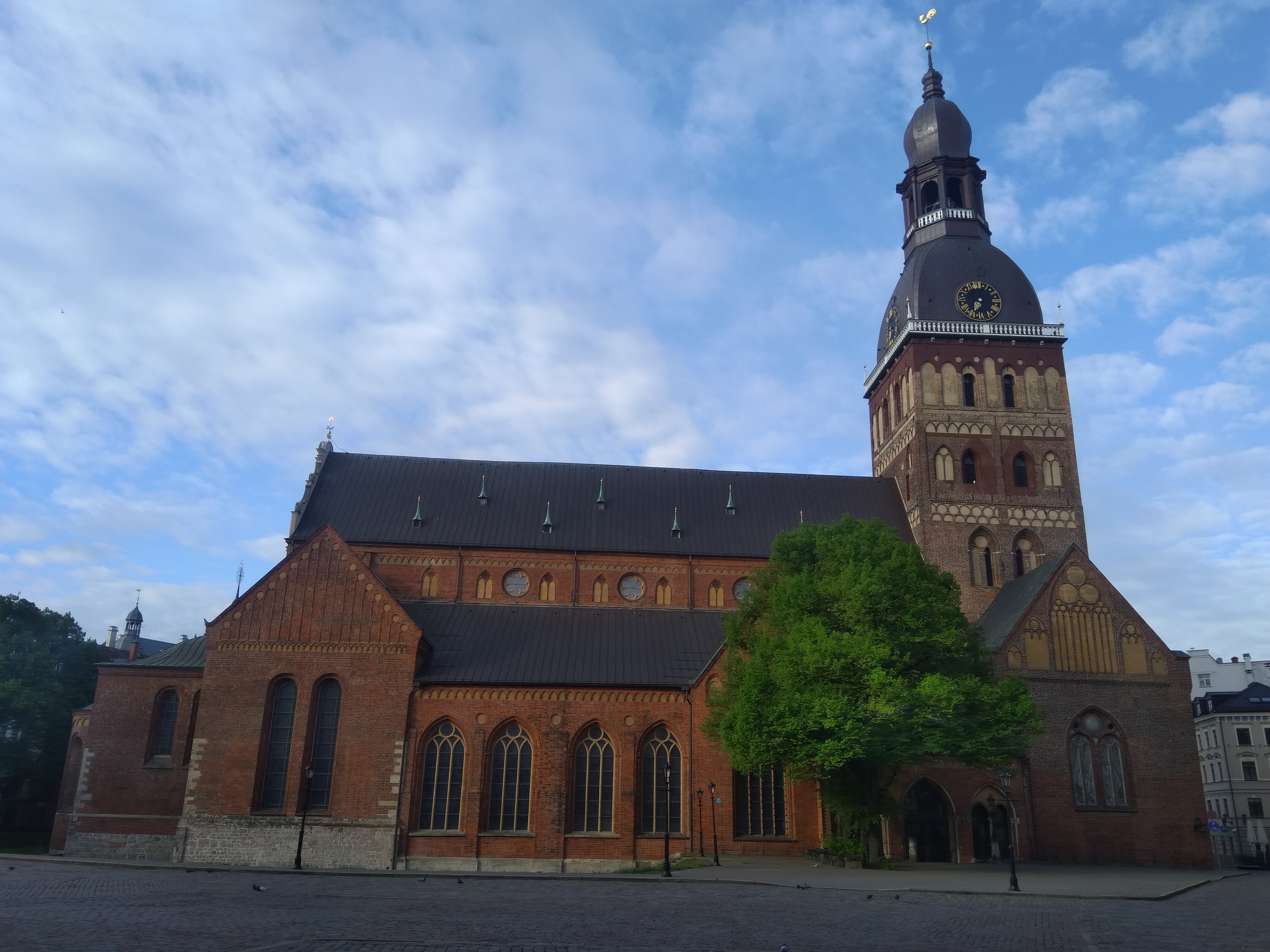 Riga St. Peter's Church is the tallest peak in Old Riga, one of the oldest and most valuable buildings of medieval monumental architecture in the Baltic States.
It is located in the historic centre of Riga, which was included in the UNESCO World Heritage List in 1997.
Here you are invited to enjoy art exhibitions and concerts, as well as a great view from the church tower to the panorama of Riga City – medieval and modern Riga, the River Daugava with port and the Gulf of Riga. You can visit Riga St. Peters Church tower that make great photos with Old Riga view from highest point in Old Riga. 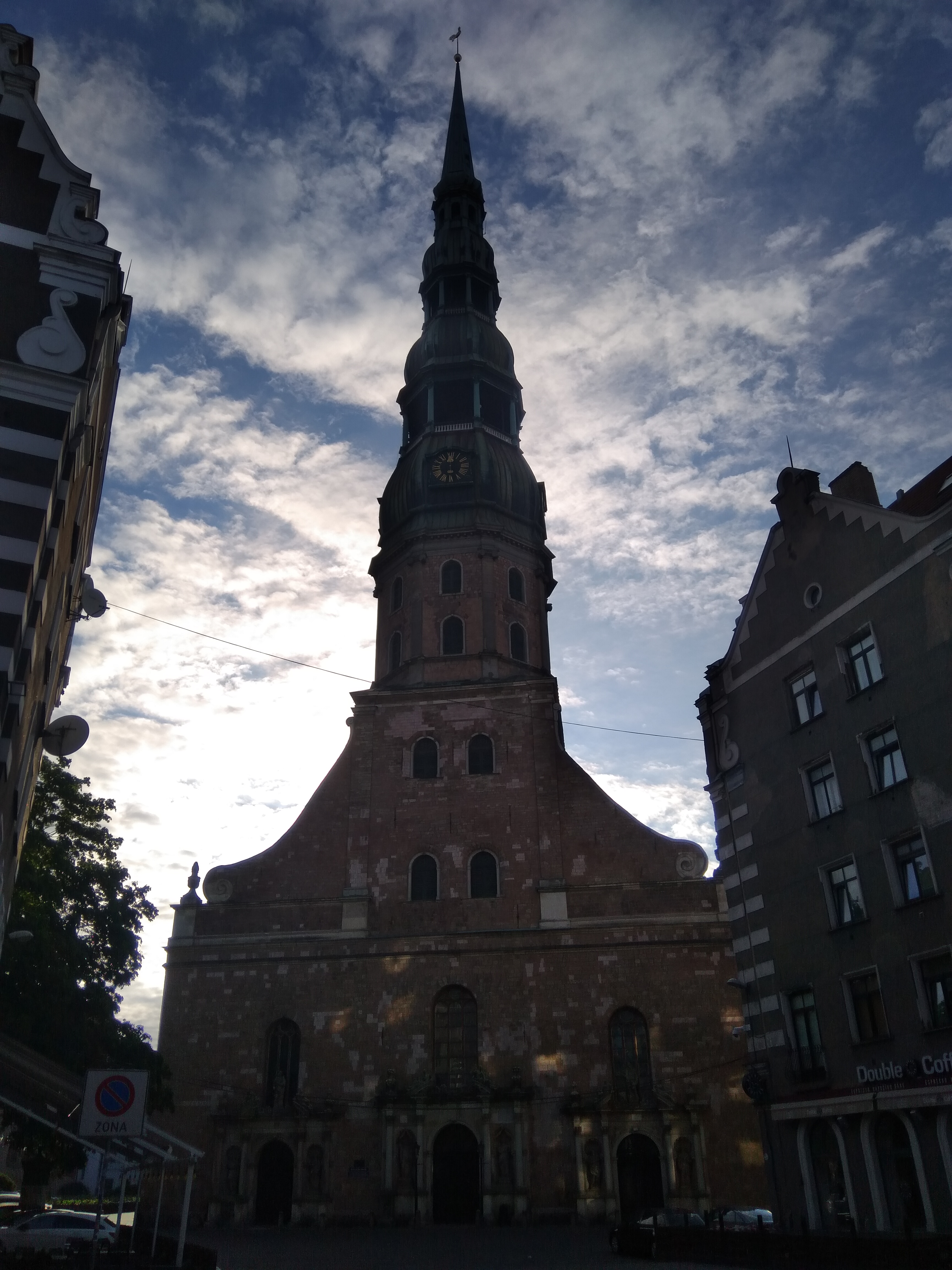 The building was constructed from 1860 to 1863, the author of the building project, the architect of St. Petersburg, Ludwig Bohnstedt. The name of the original building was the City German Theatre.
The current building name was acquired by the building in 1919.
You can watch Opera and ballet shows the Latvian National Opera house. 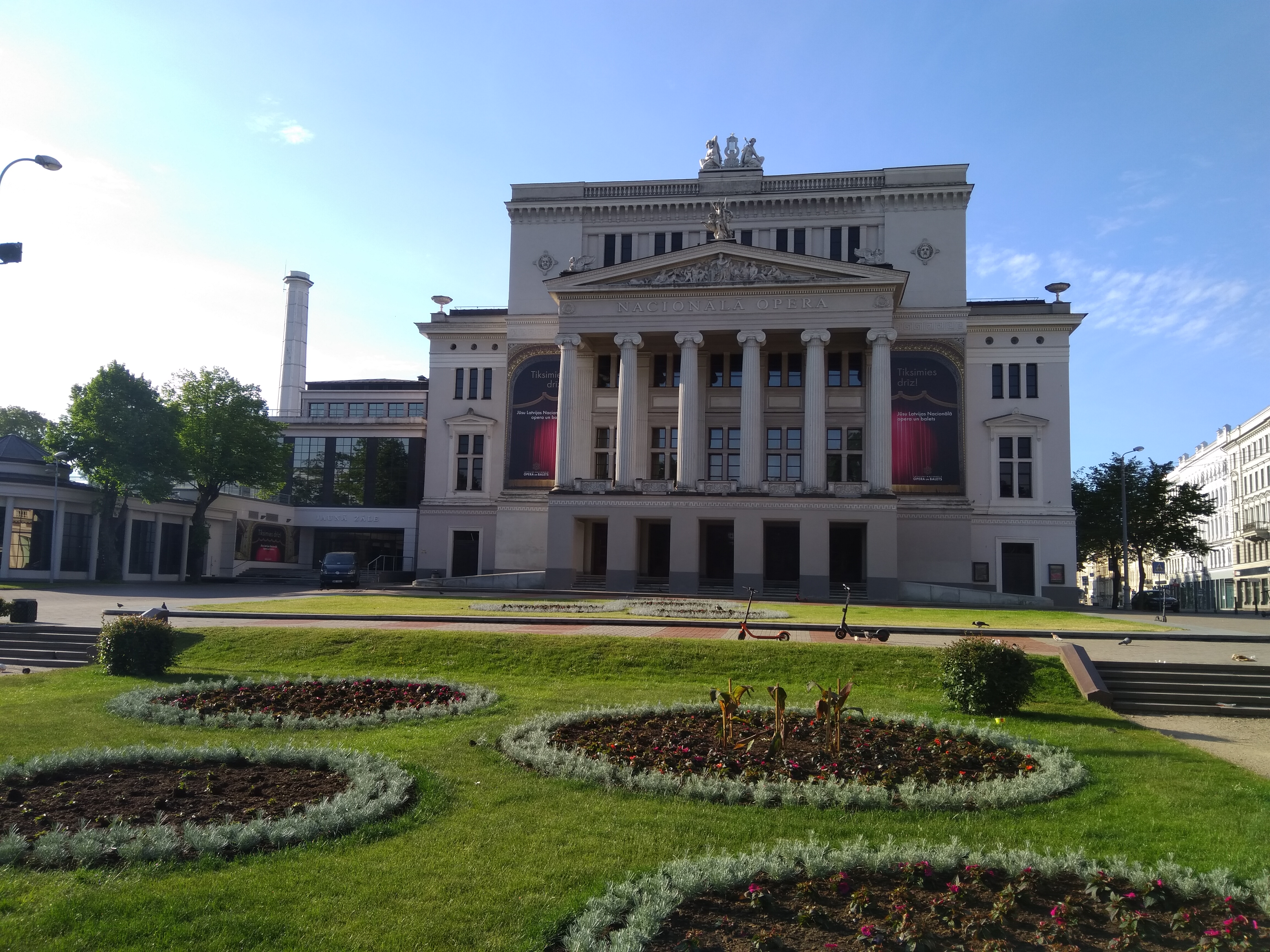 One of the most impressive Orthodox cathedrals in Latvia. It is built in neobyzantine style. The construction took 8 years from 1876 till 1884. The Riga Nativity of Christ Cathedral is the largest Orthodox church in Riga and Latvia. Freedom monument is in the Riga city centre next to old town. It was unveiled in 1935 and is 42 meters high.

It was built with donations from the people for the memory of war victims.
Nowadays it is a symbol of Latvia.
On the top of the monument is a woman holding three stars which symbolize three historical regions – Kurzeme, Vizeme and Latgale. Riga Motormuseum is the largest museum of ancient vehicles in the Baltic States. The museum was founded in 1989.

The museum has an exhibition is possible to look at a unique car made in 1904 years in United States by Augusts Krastins, the Russo-Balt firefighter car, the mountain racing car Auto Union CD V16 produced in Germany in 1938, Stalin's ZiS 115 S, Brezhnev's crashed car, etc. 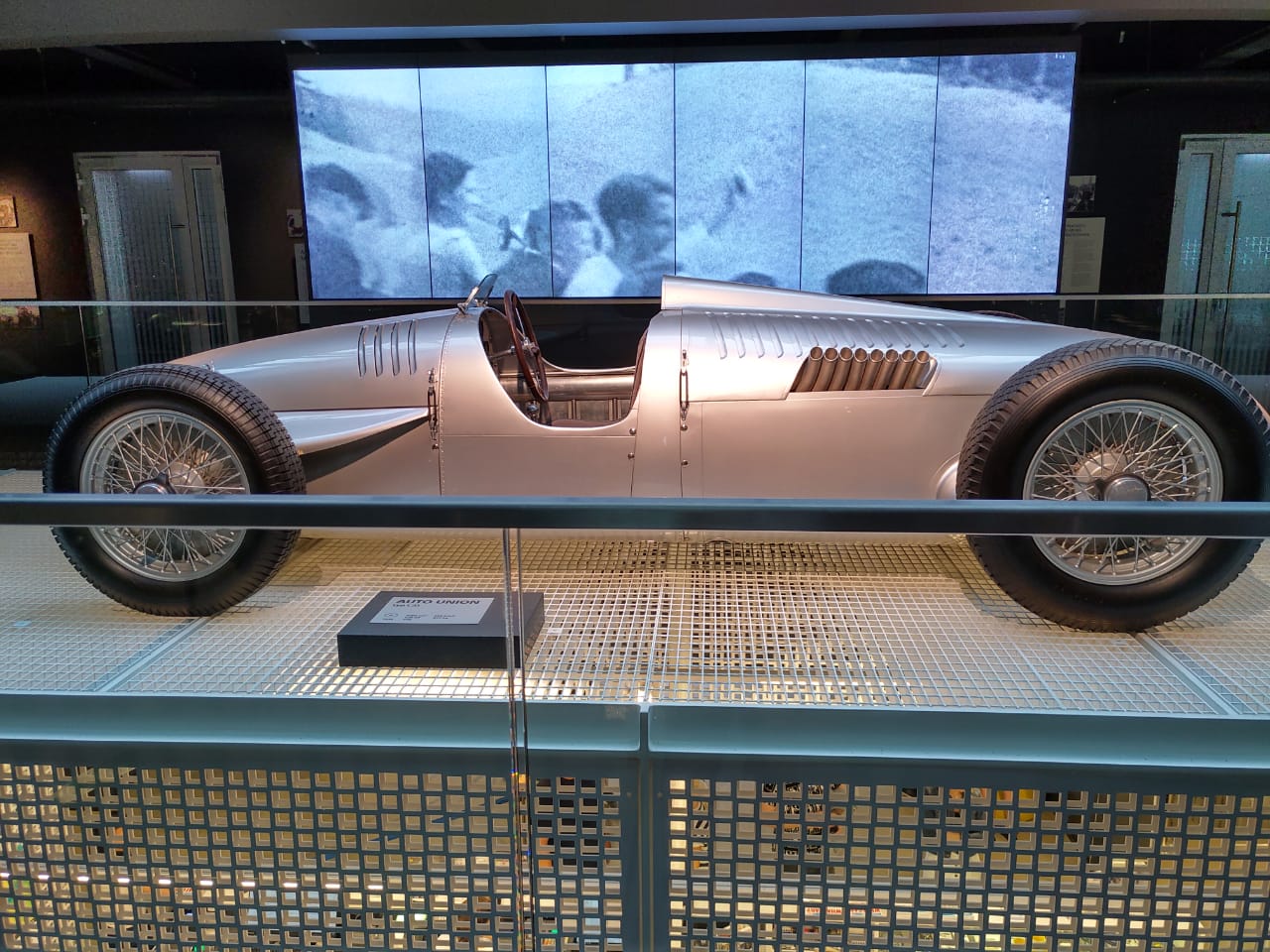 The biggest market in Riga and whole Latvia. Established in 1924. Market area includes 4 huge hangars which was previously an aircraft factory. The hangars are called pavilions.

The most visited are:

The market is open for 24 hours and the night time is the when farmers arrive to trade their crops.

Radio and TV tower is the one of the highest tower in European Union and its reaching 368 meters. The observation platform is at 97 meters.

Construction started in 1979 and was finished in 1984. The excursions to tower needs to be prebooked. 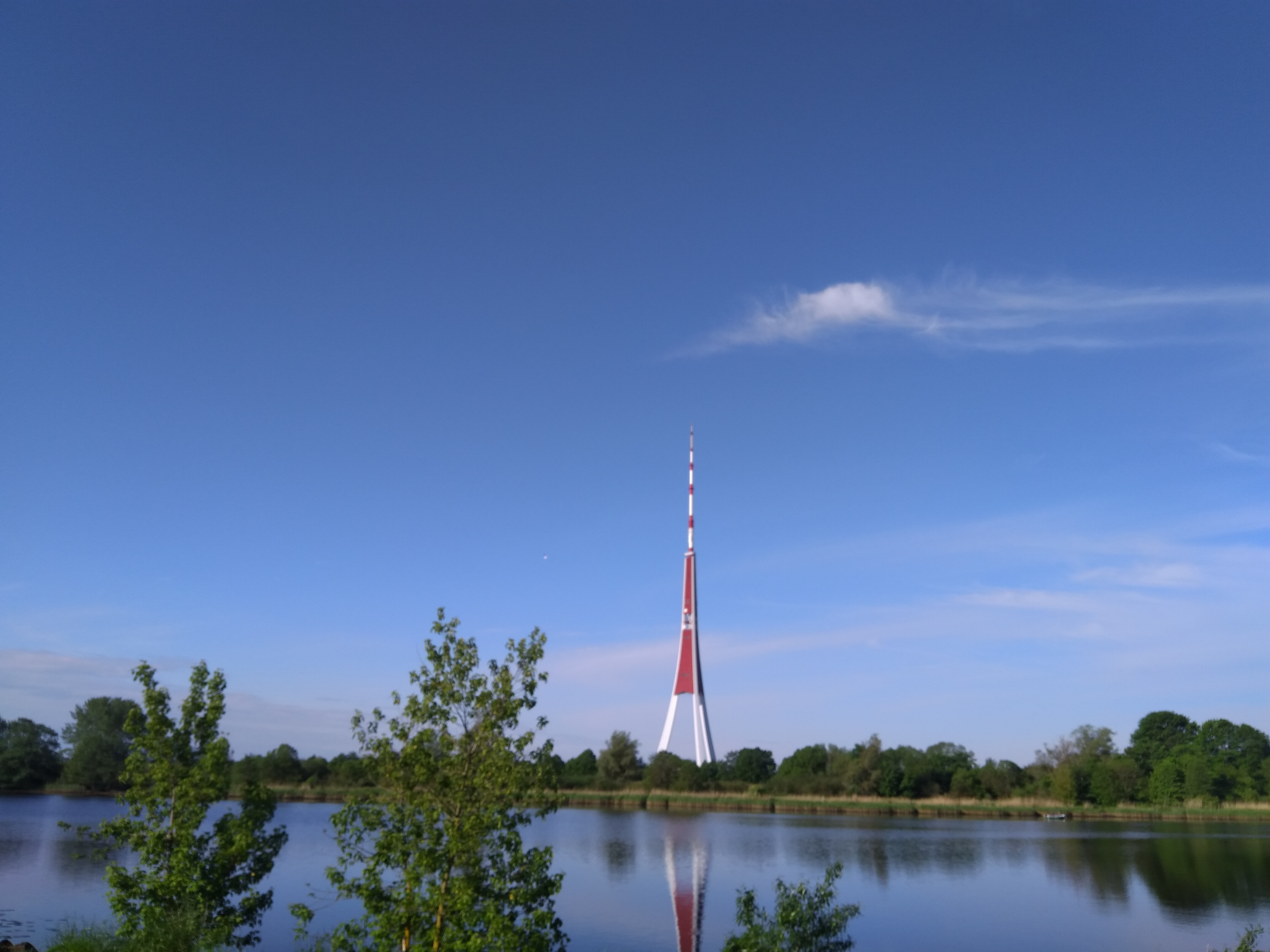 The mole of Mangalsala or the East Pier were built between 1850 and 1861. The Russian Emperor Alexander 2 also visited the pier himself, during its construction.
The Mangasala pier or East pier starts from Mangalsala and stretches within 2240 metres into the Gulf of Riga. A lighthouse is located in the end part of the pier.

Pier is a popular visiting place for families as well as fishing. It is not recommended visit it in winter or in strong wind. 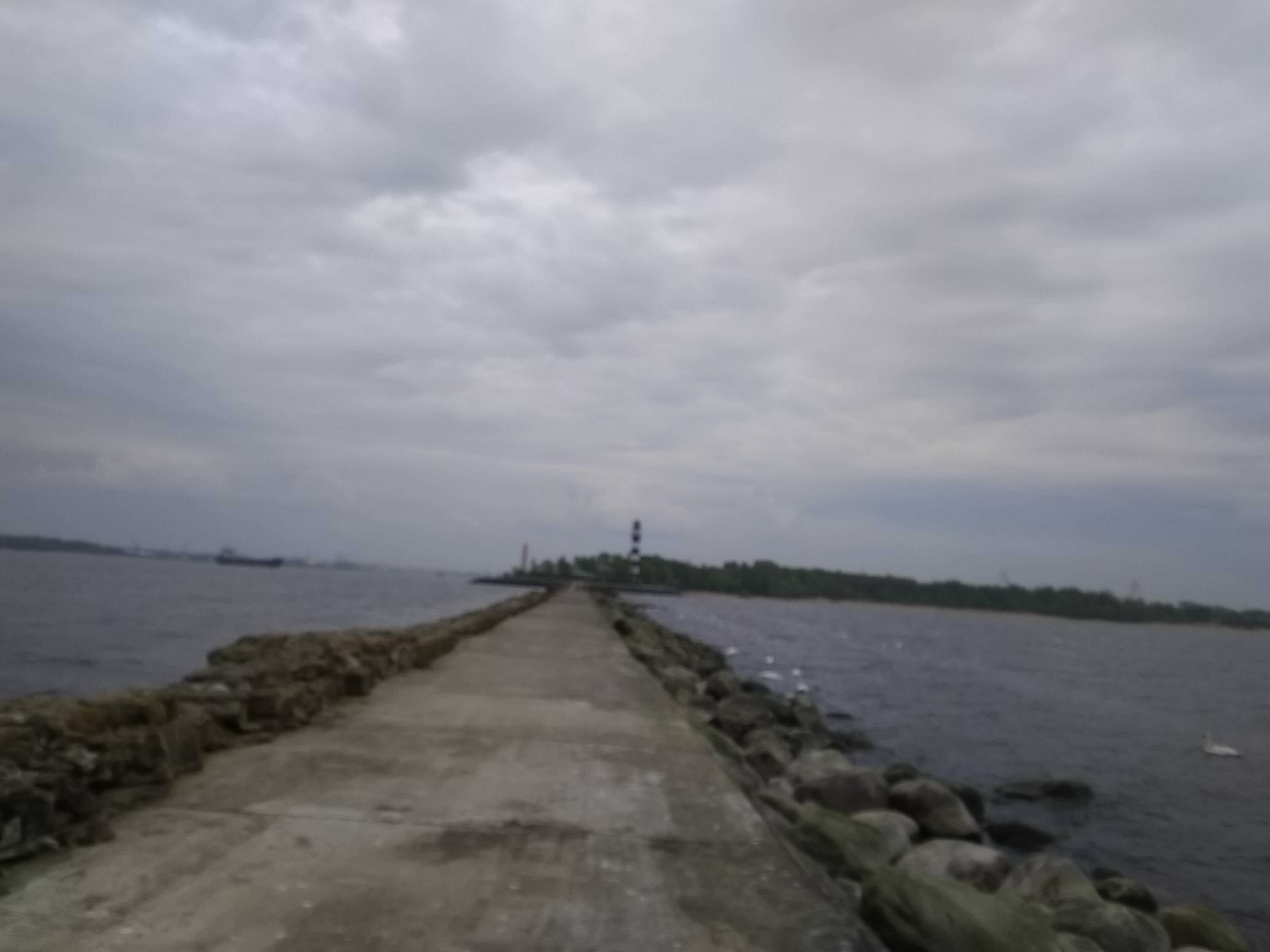